Magazines still have a future. But….. 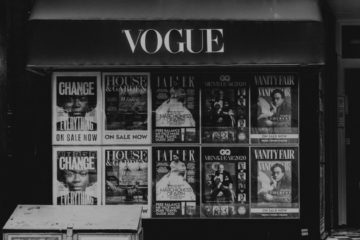 Magazines still have a future.  But it’s very different from their past.

Its main finding is that the number of magazine launches dived by almost 60% in 2020 to 113 regular frequency titles: in short, the magazine business has taken a massive hit from ongoing structural trends and the COVID-19 pandemic, but is still very active.

However, in a trend that mirrors the evolution of the music industry and vinyl records, Wessenden’s briefing notes argue that whilst print still has a future, it’s more as a low-volume, low-frequency, high-premium product that occupies tight, vertical niches.

Other key data points from its research data show:

Jim Bilton, Managing Director, Wessenden Marketing says, “Given the horrendous trading conditions, to see 113 new products come on to the newsstands shows that the magazine business is still very much alive. Yet it continues to change rapidly. True digital-only magazine launches are rare. The vast majority have a print companion alongside digital platforms. Yet that print product is becoming lower frequency, lower volume, higher-priced and – usually – better quality in terms of pages and paper.”

Bilton also says that there has been a profound structural change in the magazine market with growth driven not by larger publishers but by smaller passion publishers, “Go back 15 years, and the launch scene was very different. In 2005, there were 33 titles with launch distributions of over 100,000 copies and three with over 1 million: Full House, TV Easy and Pick Me Up with Grazia close behind. By contrast, in 2020, the biggest launch was 64,000 copies.

“Also, look at the publishing companies behind them. Fifteen years ago, it was Burda, IPC, EMAP, Condé Nast and Hachette. In 2020, the big publishers are thin on the ground. The real creativity in magazines is currently coming from the smaller, ‘passion publishers’ as the big multinationals downsize and reshape their operations.”

Regarding magazine ‘hotspots’, Wessenden’s data shows that children’s magazines dominate, perhaps not surprising given many schools have been shut for prolonged periods and magazines are perceived by many parents as a safer alternative than online browsing. Specifically, children’s magazines accounted for a quarter of all launches in 2020 and additionally have some of the largest distributions.

Other categories showing a healthy trajectory are again what one might expect given the circumstances over the past twelve months: Puzzles, gardening, cookery, health & fitness and mindfulness being particularly popular categories for launches and brand extensions.

Wessenden also adds that lying behind the aforementioned growth areas are “the normal eccentric mix of subjects that always drive the magazine business” from Outrageous Bride to Rolls Royce & Bentley Driver to Mindful Gardening to Vape Retailer and on to Cocoa Girl.

You can find out more about which cookies we are using or switch them off in settings.

This website uses cookies so that we can provide you with the best user experience possible. Cookie information is stored in your browser and performs functions such as recognising you when you return to our website and helping our team to understand which sections of the website you find most interesting and useful.

You can adjust all of your cookie settings by navigating the tabs on the left hand side.

Strictly Necessary Cookie should be enabled at all times so that we can save your preferences for cookie settings.

If you disable this cookie, we will not be able to save your preferences. This means that every time you visit this website you will need to enable or disable cookies again.