From panic to structure 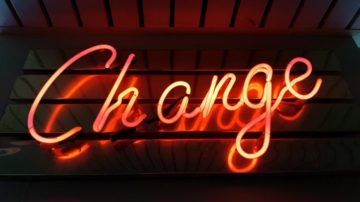 The initial media response to the pandemic was utter panic.  Yet after the first flurry of hyperactivity, things have settled down to something that is more measured, strategic and planned – although everything is still being executed at high speed, which in itself brings its own dangers.

The initial media response to the pandemic was utter panic.  Yet after the first flurry of hyperactivity, things have settled down to something that is more measured, strategic and planned – although everything is still being executed at high speed, which in itself brings its own dangers.

This year, a total of 331 senior executives from the UK, Europe, Asia Pacific and the US have provided detailed information about their companies, competitors and the way ahead in the latest mediafutures survey.  Trawling through the mass of granular detail, it can be seen that publishers in every sector are beginning to structure their activity in a more planned way.  That activity falls into three categories: Revolution, Evolution and Continuation.

REVOLUTION: big changes which are unlikely ever to revert back to “normal”.

The growing importance of Working from Home (WFH) is a massive and far-reaching development.  Yet whilst there are obvious savings in office overheads and many people are working more effectively and efficiently, there is a growing concern that many things are being lost in the endless stream of virtual meetings.  In addition, it is becoming clear that they do not drive fundamental structural change, silo-busting and innovation in the same way that face-to-face meetings can.  Yet WFK has also driven some effective streamlining of many work processes, often reducing the number of hand-ons in a range of areas from editorial creation through to finance and accounting.

Other things have changed for ever:

EVOLUTION: established, long-term trends which have accelerated in their rate of change.

Although all of these have already been commented on repeatedly, what mediafutures does is to quantify the rate of change and to highlight where it is happening faster in some sectors than in others.  These trends include the shifts from print to digital; from ad revenues to user revenues; from free content to paid content; from retail to home shopping; from ad hoc transactions to ongoing relationships, which is driving the growth of subscriptions and membership.

However, there are some very specific qualifications to all this.  For example, many Consumer Magazine publishers are finding a long-term role for print, albeit as a low volume, premium platform.  Some readers and end-users are simply not as digital as publishers think they are or would like them to be.  How are discovery, trial and impulse-buying being retained as the content pipelines and routes to market shift?  Are consumers beginning to suffer from subscription fatigue?  And so on.

It had been dawning on many of the smarter media companies that they had to stop looking at themselves as independent, self-standing businesses and that collaboration and partnerships were essential to develop many of revenue model changes that were required.  The pandemic has now made these a top priority.

What is also clear is that individual companies are finding their own specific solutions: the business is fragmenting.  There are three key reasons for this.  Firstly, the dynamics of each market, and indeed each brand, can be very different.  Secondly, the skills base, culture and tech that are at hand in each media company are very varied – more about this in the next article.  Thirdly, the available cash to sustain a business through all this is not consistent across the industry.

At the core of the media business is the eternal need for motivated, skilled people.  That is based on trust in three distinct areas.  Firstly, within the company, although the sad fact is that many media organisations have trashed this by their treatment of staff and their ruthless cost-cutting.  Secondly, between companies, especially between media companies and their suppliers and partners.  Again, there have been many examples of cynical attempts to over-cut costs and walk away from contracts – all of which is storing up trouble ahead.  Thirdly, there is the trust with the audience, which is manifested in the value of curated content and trusted media brands.  What is concerning about this year’s mediafutures survey is the growing feeling (admittedly, only from a minority of publishers) that the quality and depth of their content may simply not be good enough to survive in an increasingly competitive content world.

So,  the upside of all this is that media companies are really getting to grips with the current environment, the majority very successfully.  The business models may be changing rapidly, but the key metrics and many of the underlying success factors remain the same.  Structure is returning.

Finally, speed of execution is both a necessity and a danger.  As the old American gunslinger, Wyatt Earp, is once reported to have said….. “Fast is fine, but accuracy is everything.”

mediafutures is an annual benchmarking survey of the industry undertaken in partnership with InPublishing.  Now in its eleventh year, with a record number of companies participating, it covers Consumer Media, B2B, Live Events & Exhibitions, News Media and Customer Media, ranging from “traditional publishers” through to 100% digital pure plays, and from the major industry players through to smaller, independent businesses.  It maps the key drivers and metrics that are transforming the shape and direction of the media business.  This year, mediafutures has gone international with Colin Morrisons’s Flashes & Flames and FOLIO in the USA as our two new partners.

You can find out more about which cookies we are using or switch them off in settings.

This website uses cookies so that we can provide you with the best user experience possible. Cookie information is stored in your browser and performs functions such as recognising you when you return to our website and helping our team to understand which sections of the website you find most interesting and useful.

You can adjust all of your cookie settings by navigating the tabs on the left hand side.

Strictly Necessary Cookie should be enabled at all times so that we can save your preferences for cookie settings.

If you disable this cookie, we will not be able to save your preferences. This means that every time you visit this website you will need to enable or disable cookies again.